The word lamp usually refers to free-standing or portable light fittings, such as the table or desk lamps.  A lamp is a light source, what is typically called the light bulb.  Since the earliest times, it was very important to find efficient systems to carry light sources.
From prehistoric age torches to Greek and Roman olive oil-lanterns, to paraffin-lamps in the Middle East, these objects were made of clay, bronze, brass, iron, ceramic, etc.  Shades or shields were invented to direct the light or to protect it from rain and wind.  They were made of metal, glass and vegetable fibres.

Throughout the centuries these light fixtures evolved.
Before the widespread use of electricity, until the 19th century, especially in Northern Europe, candles (wax, tallow or other animal and vegetable fats) were very common.  The chandeliers and sticks had a wooden or metal structure with one or more orders of circular supports holding up the candles.  The candelabra were usually branched, symmetrically or radially arranged.

The first lamps with metal structure appeared in the 14th century and could be portable or fixed.  Between the 15th and 16th century lamps took many shapes.  They illuminated churches and mansions.  In the 17th and 18th century swinging lamps were richly decorated, chiselled and elegantly adorned with glass, semi-precious stones, porcelain and could also be of noble metal.  As well, table lamps had metal or wooden bases with refined fabric or delicately stained glass shades. 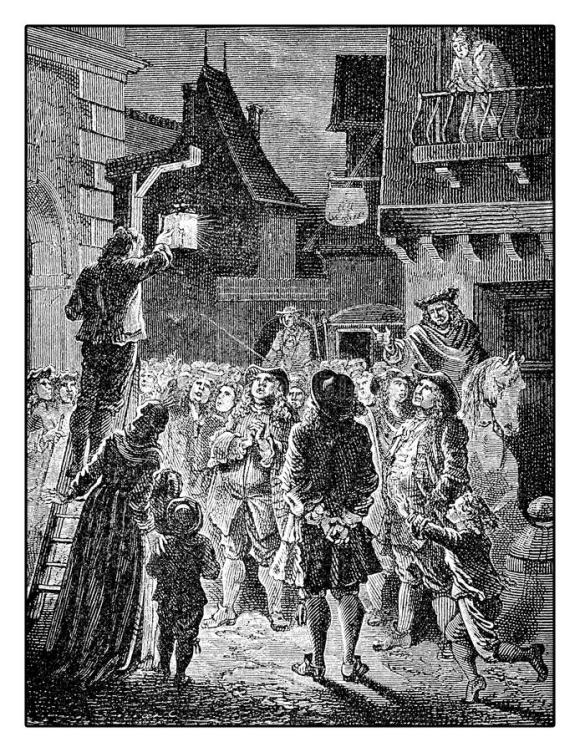 In 1763 the first public lights appeared in Paris hanging in the middle of the streets.  They were oil lamps with reflectors and wicks.  Friedrich Albert Winsor first had the idea to use gas lighting.  Gas extraction was industrialized and distributed by pipes.  The gaslighting was white, bright, uniform and adjustable, but also toxic and dangerous.  Important drawbacks were oxygen consumption, explosions and fire.  So it was necessary to ventilate rooms or to isolate the combustion chamber from the lighted rooms.

In 1789 Thomas Edison developed the incandescent filament electric bulb light.  It was a revolution.  Light fixtures manufacturing began soon after.  Cities and houses were all lit up.  To mask the intense and brilliant electric light lampshades became very important.  And also a significant sign of elegance and functionality. 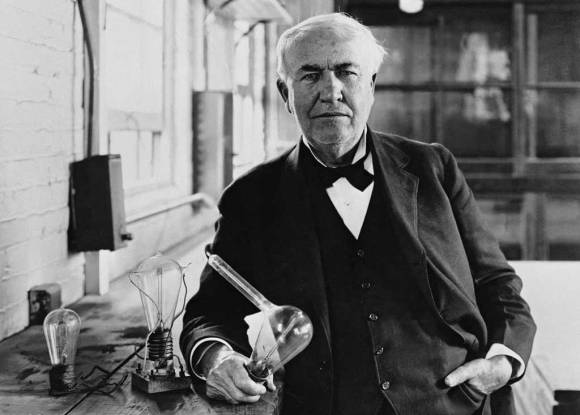 Without creativity there's no life

As Real As The Here & Now